On Housing » This Post↑Newer Older↓

Housing supply has always been tight in Macao, the world's most densely populated city. With 580,000 inhabitants lived in an area of 30 square kilometre, or approximately 19,000 people per square kilometre concentrated in the crowded Macao peninsula. Macao, like Hong Kong, is a Special Administrative Region of China, located just off the coast of the Guangdong province of China, and has coastline along the South China Sea.

In Macau, there are a small number, less than 15% of the total land, of freehold properties. These are typically found in the older parts of Macau. The rest is leasehold land held under a Government Lease for 25 years. The terms of the Government Lease are subject to automatic and successive renewals for 10 year periods.

To help low-income groups, the Portuguese Government of Macau (since 1928) has built public (partly-subsidised) housing, both for rental and for sale. In the 1960s, 7-storey high rise blocks in Bairro Economico da Taipa (map) were constructed. As of 2012, nearly 90,000 or one-sixth (17%) of the population, live in 30,000 such units.

In 2007, the average sizes of the T1 single-bedroom and T3 triple-bedroom bedroom home-ownership scheme public housing units were 300 square feet. and 500 square feet. respectively. The T3 units sells for MOP$300,000 Pataca de Macau (USD$38,000) each. Which is about MOP$6500 per square metre (USD$75 psf). They are priced at a fraction of what the current market charges for private apartments.

The up-and-coming home-ownership scheme public housing estates are: A four 26-storey towers with 880 dwelling units along Rua da Tranquilidade do Hipodromo (map), near the border crossing with China. 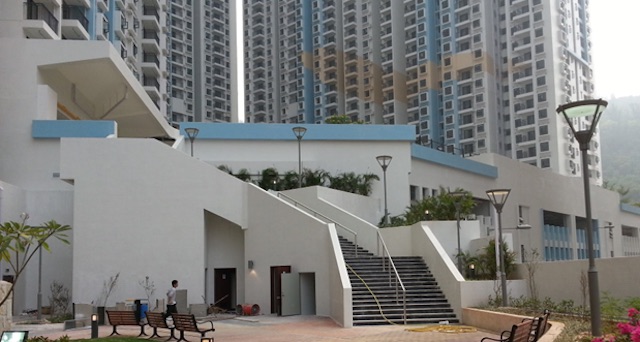 With 9,000 dwelling units (DU) on a 20 Hectares (ha) plot, Seac Pai Van Estate in Coloane (map) is Macau's biggest public housing complex with a residential density of about 450 DU/ha. The estate is located about 2 kilometers from Venetian Macao Casino and Cotai Casino. 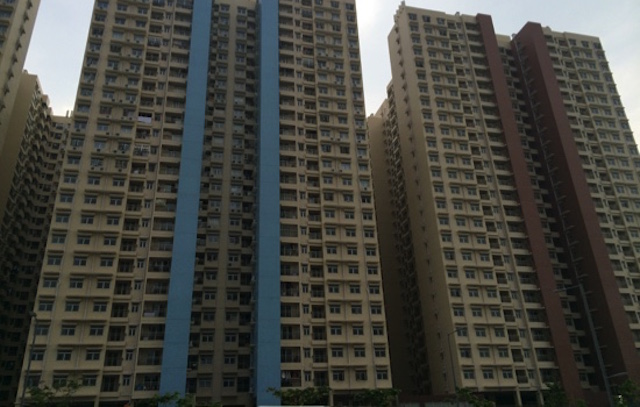 Macau has boomed since opening its casino market in 2002, attracting investors like Las Vegas Sand Corp. and Wynn Resort Ltd. Benefiting from the economic prosperity of the city, there is no doubt that the income of the residents has increased at the same time, yet under-rated with the growth of the housing price.